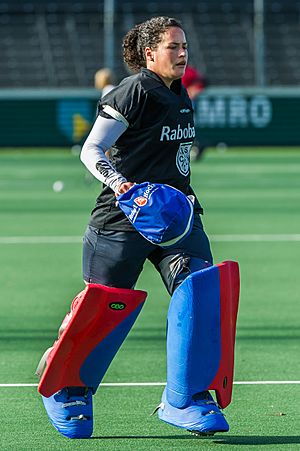 Inge Joanna Francisca Vermeulen (6 January 1985 – 10 January 2015) was a Brazilian-Dutch field hockey player. She played as a goalkeeper for three teams and two international teams: Brazil and the Netherlands.

Vermeulen was born in Americana, São Paulo and moved to the Netherlands at a young age.

All content from Kiddle encyclopedia articles (including the article images and facts) can be freely used under Attribution-ShareAlike license, unless stated otherwise. Cite this article:
Inge Vermeulen Facts for Kids. Kiddle Encyclopedia.