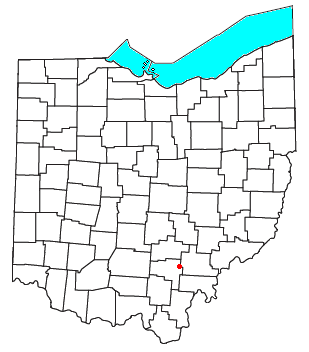 Ingham had its start when the railroad was extended to the mines at that point. William N. Jaynes was postmaster from March 25, 1903, until mail was discontinued on April 30, 1904, when it was sent to the Mineral post office.

All content from Kiddle encyclopedia articles (including the article images and facts) can be freely used under Attribution-ShareAlike license, unless stated otherwise. Cite this article:
Ingham, Ohio Facts for Kids. Kiddle Encyclopedia.