Ballard's father was a chemist at a company called the Calico Printers Association. The company was based in Manchester and made cloth. Ballard was born and raised in the Shanghai International Settlement, an area under foreign control where people "lived an American style of life". He went to the Cathedral School in Shanghai. After the start of the Second Sino-Japanese War, Ballard's family temporarily left their suburban home and rented a house in downtown Shanghai to avoid the shells fired by Chinese and Japanese forces.

After the Pearl Harbor attack, the Japanese occupied the International Settlement. In early 1943 they began interning Allied civilians. Ballard was sent to the Lunghua Civilian Assembly Center with his parents and younger sister. He spent over two years in the internment camp. His family lived in a small area in G block, a two-story residence for 40 families. He went to school in the camp.

Many think that Ballard's exposure to the atrocities of war at a young age explains the conflicts and violence in much of his fiction.

In 1946, after the end of the war, his mother returned to England with Ballard and his sister on the SS Arrawa. They in Plymouth, and he attended The Leys School in Cambridge. After a couple of years his mother and sister returned to China, rejoining Ballard's father. Ballard went to live with his grandparents when he was not at boarding school. In 1949 he went on to study medicine at King's College, Cambridge and planned to become a psychiatrist.

At university, Ballard was writing avant-garde fiction heavily influenced by psychoanalysis and surrealist painters. At this time, he wanted to become a writer as well as pursue a medical career. Ballard stopped his medical studies, and in 1952 he enrolled at Queen Mary, University of London to read English Literature. However, he was asked to leave at the end of the year. Ballard then worked for an advertising agency and as an encyclopedia salesman. He kept writing short fiction but did not get published.

In 1953 Ballard joined the Royal Air Force and was sent to the RCAF flight-training base in Moose Jaw, Saskatchewan, Canada. He left the RAF in 1954 after two years and returned to England. In 1955 he married Helen Mary Matthews and they lived in Chiswick.

Ballard published several novels and short-story collections during the seventies and eighties. However, he only became popular in the mainstream with his novel Empire of the Sun in 1984. This novel was based on his years in Shanghai and in an internment camp. It became a bestseller,

Ballard continued to write until the end of his life. He died of prostate cancer in London. 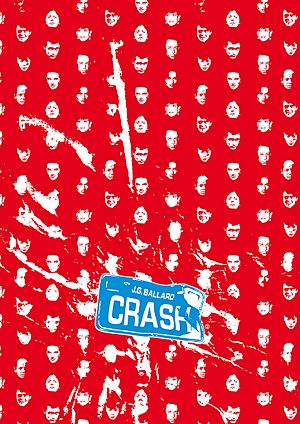 With the exception of his autobiographical novels, Ballard most commonly wrote in the post-apocalyptic dystopia genre.

Particularly revered among Ballard's admirers is his short story collection Vermilion Sands (1971), set in an eponymous desert resort town inhabited by forgotten starlets, insane heirs, very eccentric artists, and the merchants and bizarre servants who provide for them. Each story features peculiar technology such as cloud-carving sculptors performing for a party of eccentric onlookers, poetry-composing computers, orchids with operatic voices and egos to match, phototropic self-painting canvases, etc.

In a similar vein, his collection Memories of the Space Age explores many varieties of individual and collective psychological fallout from initial motivations for—the American space exploration boom of the 1960s and 1970s.

Bruce Sterling called Ballard is an important writer leading to cyberpunk in the introduction to the Mirrorshades anthology.

Jean Baudrillard praised Crash as the first great novel of the universe of simulation in Simulacra and Simulation.

Ballard was interested in the relationship between different media. He was one of the trustees of the Institute for Research in Art and Technology in the early 1970s.

All content from Kiddle encyclopedia articles (including the article images and facts) can be freely used under Attribution-ShareAlike license, unless stated otherwise. Cite this article:
J. G. Ballard Facts for Kids. Kiddle Encyclopedia.