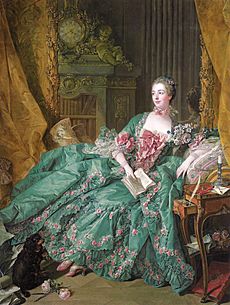 Madame de Pompadour spending her afternoon with a book, 1756.

Novels are works of prose fiction. They are longer than short stories. There are many kinds. For example, some are adventures stories, like Treasure Island by Robert Louis Stevenson. There are horror (scary) stories like Mary Shelley's Frankenstein. There are also science fiction novels and humorous novels like Tom Sawyer by Mark Twain. Novels in English are usually 150,000 words or more, and have 150 pages or more. 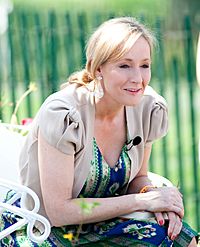 There are many different genres, or categories, of novels. Some of these are:

All content from Kiddle encyclopedia articles (including the article images and facts) can be freely used under Attribution-ShareAlike license, unless stated otherwise. Cite this article:
Novel Facts for Kids. Kiddle Encyclopedia.