Jack & Jason's Pancakes & Waffles is an independently owned and operated artisan foods company based out of San Francisco. The pancake and waffle mixes produced out of their Dogpatch facility are made entirely of all-natural, organic ingredients. The company is also a staunch proponent of the American economic recovery movement, working exclusively with domestic farmers and distributors and focusing significantly on job creation for local residents. 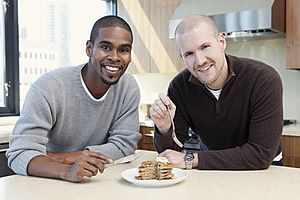 Jack & Jason's Pancakes & Waffles started when co-owners Jack Harper and Jason Jervis made the decision to leave their corporate jobs in favor of starting an enterprise of their own. After departing their occupations, the two partners held brainstorming sessions during their daily breakfasts to conceive a suitable idea for their new business venture. Jack and Jason ran through the general market's limited breakfast options quickly, so they began formulating and developing their own pancake and waffle mixes.

The two partners designed and implemented a specialized manufacturing line. Currently, the company has several wholesale distributors across San Francisco and northern California including Boudin Bakery in Fisherman's Wharf, Mollie Stone's Markets down the Peninsula, New Leaf Community Markets around Santa Cruz, and Nugget Markets in the Sacramento metropolitan area. Jack & Jason's is also branching out to other states; in addition to nationwide online shipping, their products can now be found in Portland, Oregon, Phoenix, Arizona, and Sellersville, Pennsylvania.

The production line at Jack and Jason's currently makes five distinct flavors of pancake mix with a majority of the ingredients supplied by regional Bay Area businesses. 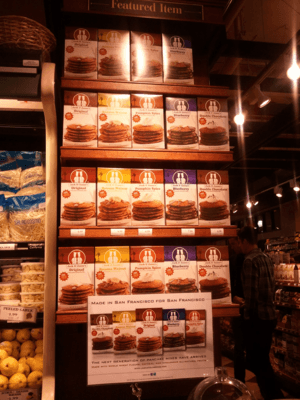