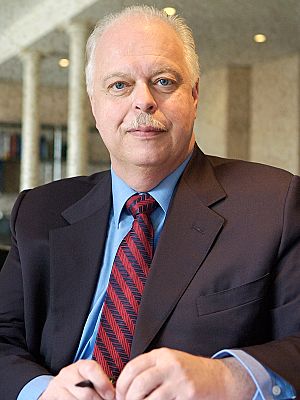 Jean-Noël Rey (23 December 1949 – 16 January 2016) was a Swiss socialist politician. He was the Secretary of the Socialist Group of the Federal Assembly of Switzerland. He was a member of the National Council of Switzerland between 2003 and 2007. He was also the CEO of the national postal service Swiss Post.

Rey was born in Sierre. He was married twice and had two children.

Rey was killed by terrorists on 16 January 2016 in Ouagadougou, Burkina Faso. He was 66.

All content from Kiddle encyclopedia articles (including the article images and facts) can be freely used under Attribution-ShareAlike license, unless stated otherwise. Cite this article:
Jean-Noël Rey Facts for Kids. Kiddle Encyclopedia.