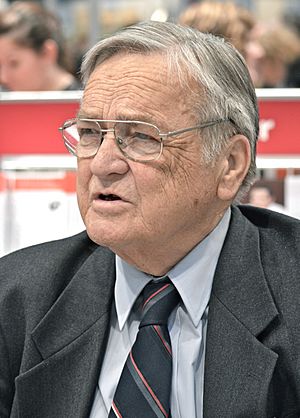 He was born in Saint-Michel, Quebec, and graduated from Université Laval with a bachelor's degree in 1960 and a master's in economics two years later. He received a law degree in 1969 and was called to the Quebec Bar in June 1970.

All content from Kiddle encyclopedia articles (including the article images and facts) can be freely used under Attribution-ShareAlike license, unless stated otherwise. Cite this article:
Jean Garon Facts for Kids. Kiddle Encyclopedia.