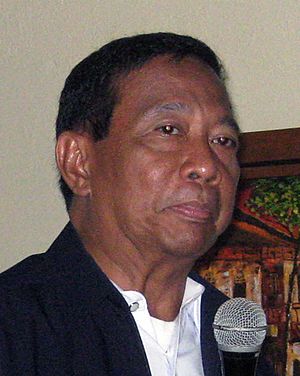 Jejomar Binay was born in Paco, Manila. The name "Jejomar" is a portmanteau of Jesus, Joseph, and Mary. He is the younger of two children, he had an older sibling who died before he was born making him the only one who survived childhood. After being orphaned at the age of nine, he was adopted by his uncle. He helped the poor and needy during his early teens. Being the older male of his family, he helped them study and get jobs.

Upon passing the bar examination to be a lawyer, Binay took up human rights law. During the Martial Law period, he represented political prisoners in the 1970s for no charge. After some time, he himself was detained.

It was also during the Marcos regime that Binay and other human rights lawyers created the Movement of Attorneys for Brotherhood, Integrity, and Nationalism (MABINI)

He is married to Dr. Elenita Sombilo Binay, who also served as mayor of Makati from 1998 to 2001. They have 5 children. In addition to his five children, Binay is also the grandfather to thirteen grandchildren. 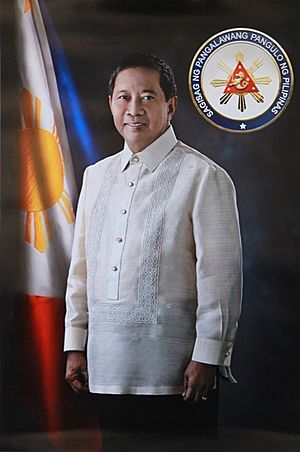 All content from Kiddle encyclopedia articles (including the article images and facts) can be freely used under Attribution-ShareAlike license, unless stated otherwise. Cite this article:
Jejomar Binay Facts for Kids. Kiddle Encyclopedia.