In 2011, Loops released his self-titled EP. His debut album Trading Change was released March 2014 in South Africa. The album was released in North America and South America via Yebo Music in August 2015, and in Europe and Australia in February 2016. He toured the United States as a support slot on Rebelution's "Winter Greens Tour", followed with two headline US tours of his own, The Jeremy Loops US Tour and the Trading Change Tour. Loops ended 2015 supporting Twenty One Pilots on the European leg of their Blurryface Tour. With three shows remaining, the tour was cancelled following the November 2015 Paris attacks.

Loops was born and raised in Kommetjie, South Africa, a small surf town in the greater Cape Town metropolis. The eldest of three children, he has a Swiss mother and a South African father. Jeremy attended the University of Cape Town, where he graduated with honours in Finance and Property Development.

Loops is a latecomer to music, only picking up a guitar in his final years of college. After graduating from UCT in 2008 and unsure he wanted a career in finance, he would spend two years traveling the world while working on a superyacht. It was in this time he adopted a loop pedal to substitute other musicians as he had access to none while at sea. In 2010, upon returning from his travels and committed to pursuing a career in music, Loops also co-founded tree planting organisation Greenpop.

In October 2011, Loops released his self-titled debut EP. Though a now out-of-print limited release, many of the tracks from the EP were reworked and made an appearance on his debut album, Trading Change. He would spend 2011, 2012, and 2013 growing his profile in South Africa on the back of an acclaimed live show that would eventually earn him the Best Live Act Award at the 2014 MK Awards. 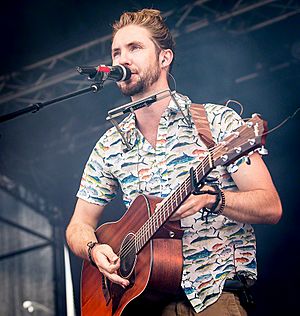 In January 2014, he released "Down South" (featuring Motheo Moleko), the lead single from his debut album Trading Change. Peaking at number one on South African Top 40 radio stations 5fm, 94.7, and Jacaranda FM, the breakout song's popularity drew a lot of attention to his album. Upon release in South Africa in April 2014, Trading Change debuted at No. 1 on iTunes South Africa. In support of the album, Loops spent 2014 touring South Africa.

In the buildup to Trading Change's August 2015 North American release, Loops toured the United States three times. First securing a support slot on the Winter Greens Tour, headlined by reggae band Rebelution. This was followed up with two headline US tours of his own, namely the Jeremy Loops US Tour and the Trading Change Tour.

In Europe, Loops supported Twenty One Pilots on their Blurryface Tour in September 2015, and followed that up with his own headlining tours, Continental Drift and the European leg of the Trading Change Tour. Trading Change was released in Europe on 26 February 2016.

In a 2018, Loops released the album Critical as Water. This album tackled the serious water shortage that the singer's home city, Cape Town, is facing.

All content from Kiddle encyclopedia articles (including the article images and facts) can be freely used under Attribution-ShareAlike license, unless stated otherwise. Cite this article:
Jeremy Loops Facts for Kids. Kiddle Encyclopedia.