John Charles Bannon (7 May 1943 – 13 December 2015) was an Australian politician. He was the 39th Premier of South Australia, leading the South Australian Branch of the Australian Labor Party from a single term in opposition back to government at the 1982 election.

In 1992 Bannon became Labor's longest-serving and South Australia's second longest-serving Premier. As a result of the State Bank collapse, he resigned as Premier in 1992, and from parliament at the 1993 election landslide.

Bannon was born in Bendigo, and attended East Adelaide Primary School and St Peter's College in Adelaide. He completed degrees in Arts and Law at the University of Adelaide. While at university, he was co-editor of the student newspaper in 1964.

In 1994 the ABC offered Bannon a directorial position, which he accepted. With an interest in South Australian history, he researched at Flinders University. He later studied and obtained a Doctor of Philosophy degree in Australian political history at Flinders University, where he was a professor. He was also an Adjunct Professor at the University of Adelaide Law School and in 2014 he received an honorary doctorate from the University. He was Master of St Mark's College from 2000 to 2007. On Australia Day 2007, he was appointed an Officer of the Order of Australia. 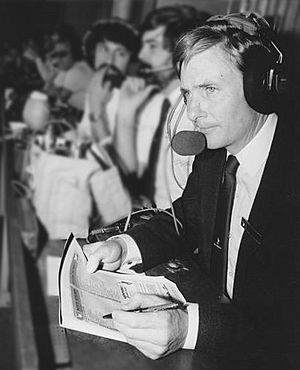 John Bannon's first wife was Supreme Court Justice Robyn Layton, with whom he had a daughter. His second wife, Angela, is the mother of musician and television personality Dylan Lewis.

All content from Kiddle encyclopedia articles (including the article images and facts) can be freely used under Attribution-ShareAlike license, unless stated otherwise. Cite this article:
John Bannon Facts for Kids. Kiddle Encyclopedia.