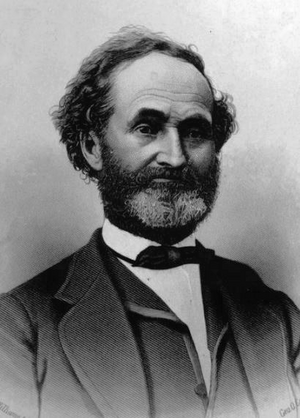 Pack was born in Saint John, New Brunswick. He married his first wife, Julia Ives, in 1832 in Watertown, New York. In 1836, Pack was baptized a member of the Church of the Latter Day Saints.

Pack moved to Kirtland, Ohio, then to Missouri, and then to Nauvoo, Illinois. He was a member of the Nauvoo Legion, holding the rank of captain. Pack also served as a policeman in Nauvoo. In addition, Pack was one of the four music wardens of the University of Nauvoo, working under the department head, Gustavus Hill. The program was a broad one and Pack instructed in instrumental music along with Titus Billings while Benjamin Wilder and Stephen Goddard were over vocal music department and directed the community choir.

Pack was in the first company of Mormon pioneers to cross the plains with Brigham Young. He held the ranks of Captain of Fifty in the company as well as Colonel in its military organization. At the time of Joseph Smith's death, Pack was serving as a missionary in New Jersey with Ezra T. Benson. After Smith's death, Pack remained active in The Church of Jesus Christ of Latter-day Saints (LDS Church) and became a member of the Council of Fifty in 1845.

Pack served with John Taylor as one of the first LDS Church missionaries in France beginning in 1849. Pack was in this mission until 1852, but he spent most of his time preaching in the Channel Islands.

Ward Eaton Pack, one of Pack's sons, twice served as president of the Hawaiian Mission of the LDS Church. He also served in the presidency of the Cache Stake, which covered all of Cache County, Utah and into Wyoming at the time. Ward Eaton's daughter, Grace, married Charles A. Callis, who was later a member of the Quorum of the Twelve Apostles of the LDS Church.

Another one of John Pack's sons, Frederick J. Pack, was a prominent professor at the University of Utah.

F. Burton Howard, a general authority of the LDS Church, is a descendant of John Pack and Mary Jane Walker, through their daughter Hattie Pack (married Howard) and grandson Fred Pack Howard.

All content from Kiddle encyclopedia articles (including the article images and facts) can be freely used under Attribution-ShareAlike license, unless stated otherwise. Cite this article:
John Pack Facts for Kids. Kiddle Encyclopedia.