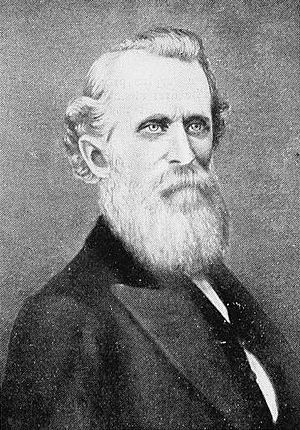 From Volume I of 1907's Illustrated History of Nebraska

He resumed his practice of law, becoming receiver of the public land office in North Platte, Nebraska, where he died March 14, 1884. He is buried in Prospect Hill Cemetery in Omaha.

All content from Kiddle encyclopedia articles (including the article images and facts) can be freely used under Attribution-ShareAlike license, unless stated otherwise. Cite this article:
John Taffe Facts for Kids. Kiddle Encyclopedia.