The Jon Hassler Theater and Rural America Arts Center in 2014

The Jon Hassler Theater was a professional live theater located in Plainview, Minnesota. In November 2013 it was announced that the Hassler would be closing at the end of 2014.

1999 - Old Man Brunner Country, adapted by Ron Duffy from Leo Dangel; The Staggerford Murders by Jon Hassler; both shows produced by Lyric Theater and brought to Plainview as touring productions.

2000 - Grand Opening by Jon Hassler; To Whom It May Concern by Carol Hall; On Golden Pond by Ernest Thompson; Gifts of the Magi by Mark St. Germain and Randy Courts.

2003 - The Spitfire Grill by James Valcq and Fred Alley (co-production with Buffalo Gal); The Staggerford Murders by Jon Hassler; How to Talk Minnesotan the Summer Musical by Howard Mohr and Drew Jansen (co-produced by Troupe America, Inc.); Honk! The Ugly Duckling Musical by George Stiles and Anthony Drewe, Driving Miss Daisy by Alfred Uhry; My Way: A Musical Tribute to Frank Sinatra by David Grapes and Todd Olson.

2004 - Proof by David Auburn; And the World Goes 'Round: The Songs of Kander & Ebb; The Drawer Boy by Michael Healy; The West Side Waltz by Ernest Thompson; Guys on Ice: the Ice Fishing Musical by Fred Alley and James Kaplan (co-produced by Troupe America, Inc.).

2010 - Old Man Brunner Country by Leo Dangel (adapted for stage by Sally Childs); A Don't Hug Me County Fair by Phil Olson, The Legend of Sleepy Hollow by Washington Irving.

Words and After Words

In 2006 the Jon Hassler Theater opened up a book store in the lobby of the theater called Words and After Words. The majority of the books were donated by Emilio DeGrazia, a published author and professor emeritus from Winona State University.

As of 2003, the Hassler has collaborated with the Plainview High School to put on the school's yearly show. From 2003 to 2006 Sally Childs directed these shows. In 2007 to 2010 the show was directed by English teacher Tracy Olson Moran due to Childs having previous engagements. This also marked the changing of the technicians for the show. Lighting director/designer Ben Hain, and set designer/builder Erica Zaffarano had moved on to other theaters and were replaced by longtime Hassler technicians Mike Carter and Ian Norregaard. In 2011 Moran decided to step down from directing stating that she'd like to spend more time with her family. The yearly show is now directed by current choir director Linda Theisen. In 2012 the yearly show was split into a Varsity and a Junior Varsity (JV) show with the 2011-12 show being directed by former choir director Andrew Faller and the 2012-13 and 2013-14 shows being directed by local parent and theater enthusiast Kim Lange. Before the announcement of the Hassler's closing, Carter and Norregaard announced that after the 2013-2014 shows that they would no longer be involved with the high school's shows due to the demands of their full-time jobs and starting their own families. The high school has put on a variety of shows. 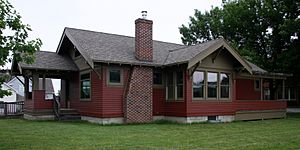 In 2004 Jon Hassler's second childhood home in Plainview was moved onto the same block as the Hassler Theater. It was restored and refurnished. It is now used to hold meetings for the Hassler Theater's Writers Center and to house actors during the runs of shows.

The show times were as follows:

The first showing of most shows at the Hassler, also known as preview night shows, cost $14 for every one and all Thursday evening shows were $14 for everyone.

As of their 2008 season, the Hassler Theater replaced what would have been their second show of the season with the "Hassler Summer Sampler," which is composed of various acts over the span of roughly two months. The 2008 sampler included: The Rochester Radio Theater Guild, The Sweet Adalines, The Mary Louise Knutson Jazz Trio, Women Who Drink, and "The Very Thought of You" a tribute to Jon Hassler himself who had died earlier that year. The Summer sampler was held again in 2009, this time consisting of Boxelder Bugs Variations A Tribute to Bill Holm (who had died), Wise Cracks From My Father, What I Want to be When I Grow Up! and Revelations of Mann. The Summer Sampler was not shown in the 2010 season, instead the Hassler only had three shows.

Starting in 2011 the Hassler started to transition away from producing their own productions and started renting out their space to other theater groups. In November 2013 it was announced that the Jon Hassler Theater would be closing at the end of 2014. According to CEO Dean Harrington, "The kind of theater that our arts mission calls us to produce certainly has a following in our area but not enough to make the program worthwhile." The 'kind of theater' that Harrington refers to is the main reason for the closure as a very limited audience attended the shows in comparison to the more family friendly comedies and musicals the Hassler produced earlier in its lifetime. This agenda of pushing 'art' onto the Plainview locals ultimately was the beginning of the end as many of them felt spurned after the promise of the Hassler being a community theater quickly changed to the Hassler being nothing but a 'professional theater'.

All content from Kiddle encyclopedia articles (including the article images and facts) can be freely used under Attribution-ShareAlike license, unless stated otherwise. Cite this article:
Jon Hassler Theater Facts for Kids. Kiddle Encyclopedia.