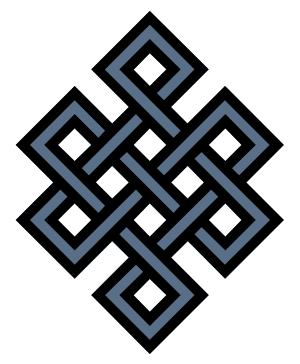 Karma symbols such as the endless knots symbolize interlinking of cause and effect, a Karmic cycle that continues eternally

Karma (car-ma) is a word meaning the result of a person's actions as well as the actions themselves. It is a term about the cycle of cause and effect. According to the theory of Karma, what happens to a person, happens because they caused it with their actions. It is an important part of many religions such as Hinduism and Buddhism.

Karma is about all that a person has done, is doing and will do. Karma is not about punishment or reward. It makes a person responsible for their own life, and how they treat other people.

The "Theory of Karma" is a major belief in Hinduism, Ayyavazhi, Sikhism, Buddhism, and Jainism. All living creatures are responsible for their karma - their actions and the effects of their actions. 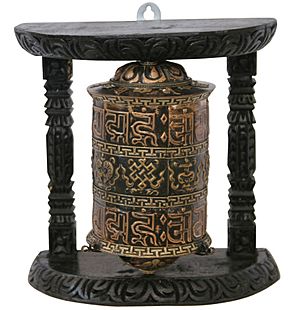 Hand made prayer wheel from Nepal, the endless knot can been seen in the center

Karma is the universal principle of cause and effect. Our actions, both good and bad, come back to us in the future, helping us to learn from life’s lessons and become better people. In religions that include reincarnation, karma extends through one's present life and all past and future lives as well.

Karma is basically energy. One person throws out energy through thoughts, words and actions, and it comes back, in time, through other people. Karma is the best teacher, forcing people to face the consequences of their actions and thus improve and refine their behavior, or suffer if they do not. Even harsh karma, when faced in wisdom, can be the greatest spark for spiritual growth. The conquest of karma lies in intelligent action and unemotional response. 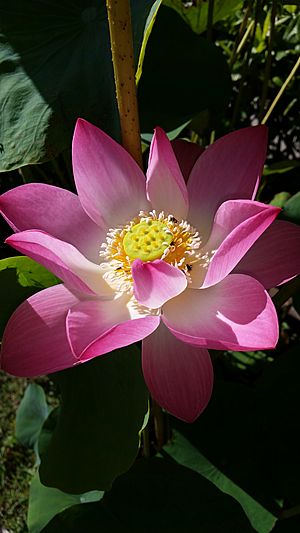 Lotus is considered as a reminder that one can grow, share good karma

The process of action and reaction on all levels—physical, mental and spiritual—is karma. One must pay attention to thoughts, because thought can make karmas—good, bad and mixed.

“An architect thinks creative, productive thoughts while drawing plans for a new building. But were he to think destructive, unproductive thoughts, he would soon not be able to accomplish any kind of positive task even if he desired to do so.” 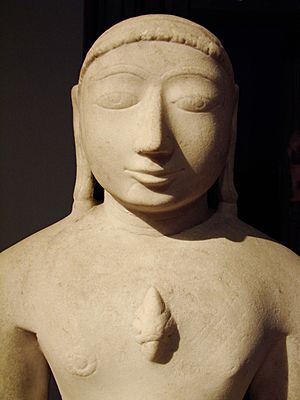 Hindus look at time as a circle, as things cycle around again. Karma is a very just law which, like gravity, treats everyone the same. The law of karma puts man at the center of responsibility for everything he does and everything that is done to him. Understanding the way karma works, Hindus try to live a virtuous life. This is called dharma.

There are three types of karma in Hinduism:

The role of divine forces

Karma is considered one of the natural laws of the mind, just as gravity is a law of matter. Just as God created gravity to bring order to the physical world, He created karma as a divine system of justice that is self-governing and infinitely fair. It automatically creates the appropriate future experience in response to the current action.

Several different views exist in Hinduism regarding the role of divine beings. In Hinduism, many see the deities or devas as playing some kind of role. Other Hindus, such as the Mimamsakas, reject such notions and see karma as acting independently, considering the natural laws of causation sufficient to explain the effects of karma.

All content from Kiddle encyclopedia articles (including the article images and facts) can be freely used under Attribution-ShareAlike license, unless stated otherwise. Cite this article:
Karma Facts for Kids. Kiddle Encyclopedia.