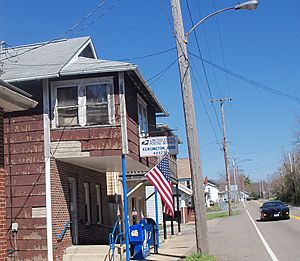 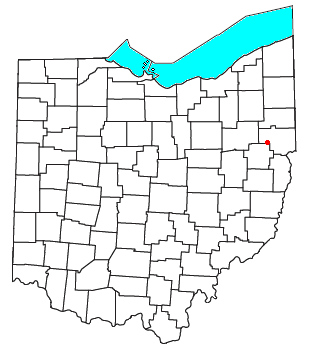 Kensington is an unincorporated community in southwestern Hanover Township, Columbiana County, Ohio, United States. Although it is unincorporated, it has a post office, with the ZIP code of 44427. It lies along U.S. Route 30 at its intersection with State Routes 9 and 644.

Kensington was originally called Mayville, and under the latter name was laid out in 1852 when the Cleveland and Pittsburgh Railroad was extended to that point. A post office called Maysville was established in 1860, and the name was changed to Kensington in 1876. Besides the post office, Kensington had a train station, hotel, and country store.

All content from Kiddle encyclopedia articles (including the article images and facts) can be freely used under Attribution-ShareAlike license, unless stated otherwise. Cite this article:
Kensington, Ohio Facts for Kids. Kiddle Encyclopedia.