King of Prussia facts for kids 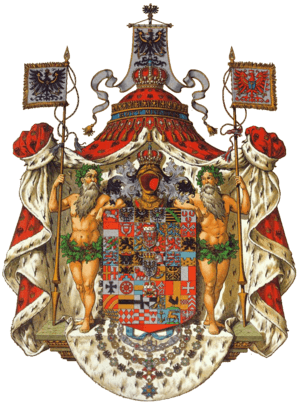 The monarchs of Prussia were members of the House of Hohenzollern who were the hereditary rulers of the former German state of Prussia from its founding in 1525 as the Duchy of Prussia.

The Duchy had evolved out of the Teutonic Order, a Roman Catholic crusader state and theocracy located along the eastern coast of the Baltic Sea. The Teutonic Knights were under the leadership of a Grand Master, the last of whom, Albert became the Duchy of Prussia.

As the Prussian state grew through several wars and diplomatic moves throughout the 18th century, it became apparent that Prussia had become a Great Power in its own right. In 1871, in the aftermath of the Franco-Prussian War, the German Empire was formed, and the King of Prussia, Wilhelm I was crowned German Emperor. From that point forward, though the Kingdom of Prussia retained its status as a constituent state of the empire, all following Kings of Prussia also served as German Emperor, and that title took first place.

All content from Kiddle encyclopedia articles (including the article images and facts) can be freely used under Attribution-ShareAlike license, unless stated otherwise. Cite this article:
King of Prussia Facts for Kids. Kiddle Encyclopedia.