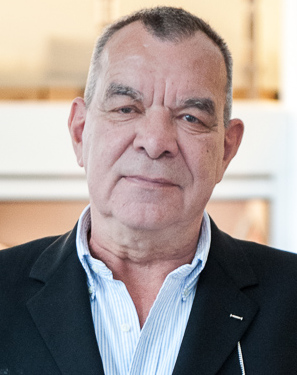 László Rajk Jr. (26 January 1949 – 11 September 2019) was a Hungarian architect, designer and political activist. He was born in Budapest. He became the member of the Hungarian avantgarde movement. In 1975, he joined the Democratic Opposition, the underground political movement in Hungary.

In 1988 he was one of the founder of the Network of Free Initiatives and the liberal party, the Alliance of Free Democrats, and served six years in the Hungarian Parliament.

All content from Kiddle encyclopedia articles (including the article images and facts) can be freely used under Attribution-ShareAlike license, unless stated otherwise. Cite this article:
László Rajk Jr. Facts for Kids. Kiddle Encyclopedia.