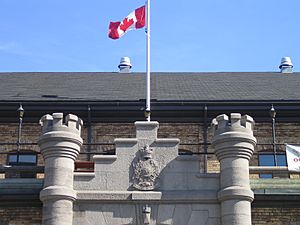 Les Fusiliers Mont-Royal is a Primary Reserve infantry regiment of the Canadian Army. 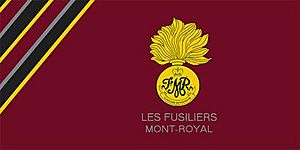 Details of the regiment were placed on active service on 6 August 1914 for local protective duty.

The 69th Battalion (Canadien-Français), CEF was authorized on 10 July 1915 and embarked for Britain on 17 April 1916. The battalion provided reinforcements to the Canadian Corps in the field until 4 January 1917, when its personnel were absorbed by the 10th Reserve Battalion, CEF. The battalion was disbanded on 30 August 1920.

150th Battalion (Carabiniers Mont-Royal), CEF, was authorized on 22 December 1915 and embarked for Britain on 29 September 1916. The battalion provided reinforcements to the Canadian Corps in the field until February 1917, when it was allotted to the 14th Infantry Brigade, 5th Canadian Division in England. On 15 February 1918 its personnel were absorbed by the 10th Reserve Battalion, CEF. The battalion was disbanded on 29 November 1918.21 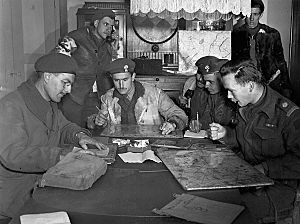 The regiment mobilized the Les Fusiliers Mont-Royal, CASF for active service on 1 September 1939. It was redesignated as the 1st Battalion, Les Fusiliers Mont-Royal, CASF on 7 November 1940. It embarked for garrison duty in Iceland with "Z" Force on 1 July 1940. On 31 October 1940 it was transferred to Great Britain. The regiment took part in OPERATION JUBILEE, the raid on Dieppe on 19 August 1942. It returned to France on 7 July 1944, as part of the 6th Infantry Brigade, 2nd Canadian Infantry Division, and it continued to fight in North-West Europe until the end of the war. The overseas battalion was disbanded on 15 November 1945.

The regiment mobilized the 3rd Battalion, Les Fusiliers de Mont-Royal, CASF for active service on 12 May 1942. It served in Canada in a home defence role as part of Military District No. 5 and the 7th Canadian Infantry Division. The battalion was disbanded on 15 October 1943. 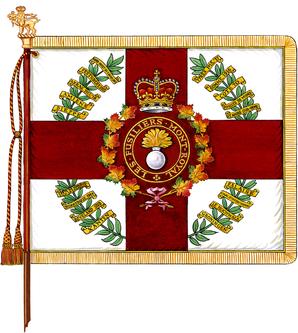 In the list below, battle honours in capitals were awarded for participation in large operations and campaigns, while those in lowercase indicate honours granted for more specific battles. Battle honours in bold type are emblazoned on the regimental colour.

The address of Les Fusiliers Mont-Royal is:

Raoul Adolphe Brassard (1877-1927), an officer of the 65th Regiment, served as the architect for the Armoury of the Fusiliers Mont-Royal in Montreal. The museum features uniforms, medals, patches, photographs and other unit memorabilia. It is open on Tuesday evenings and by appointment. The museum collects, preserves, and shows, documents, artifacts, photos which illustrate the military life of our regiment in the city of Montreal in all aspects of life in peace and in war. The Museum is affiliated with: CMA, CHIN, OMMC and Virtual Museum of Canada.

All content from Kiddle encyclopedia articles (including the article images and facts) can be freely used under Attribution-ShareAlike license, unless stated otherwise. Cite this article:
Les Fusiliers Mont-Royal Facts for Kids. Kiddle Encyclopedia.