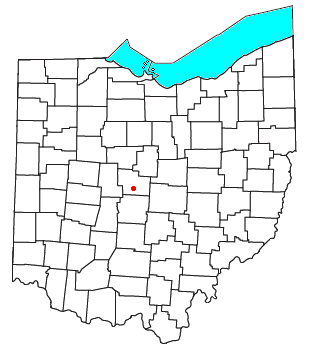 Its ZIP code is 43035. Although Lewis Center is a small community, its ZIP code encompasses a number of shopping centers and retail establishments that line U.S. Route 23 in the nearby vicinity. The Lewis Center area lies on the east side of the Olentangy River, across from the city of Powell, west of Alum Creek State Park and north of the Polaris shopping hub.

Lewis Center was founded around 1850 when the railroad was extended to that point. The community was named after the family of William L. Lewis, who gave their land for a railroad station in exchange for the naming rights. A post office called Lewis Centre was established in 1852, and the name was changed to Lewis Center in 1893.

All content from Kiddle encyclopedia articles (including the article images and facts) can be freely used under Attribution-ShareAlike license, unless stated otherwise. Cite this article:
Lewis Center, Ohio Facts for Kids. Kiddle Encyclopedia.