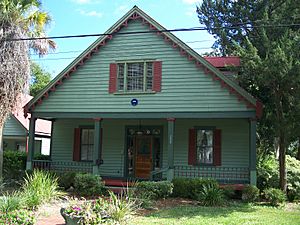 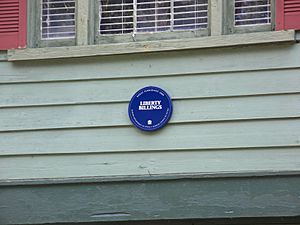 Liberty Billings (1823 - 1877) was an officer in the Union Army, a Unitarian minister, and a state senator. Billings served as Lieutenant Colonel of the 1st South Carolina Volunteer Infantry which in turn became the 33rd United States Colored Infantry during the American Civil War. He was a Radical Republican during the Reconstruction Era and served as a state senator in Florida. He was involved in the constitutional convention that developed the 1868 Florida Constitution. Billings has been honored posthumously as a Great Floridian.

Billings was born in Saco, Maine in 1823. He was educated at Thornton Academy and later graduated from Meadville Theological School in 1848.

He was deemed ineligible to participate in the constitutional convention and was voted out along with others accused of being residents of other states.

All content from Kiddle encyclopedia articles (including the article images and facts) can be freely used under Attribution-ShareAlike license, unless stated otherwise. Cite this article:
Liberty Billings Facts for Kids. Kiddle Encyclopedia.