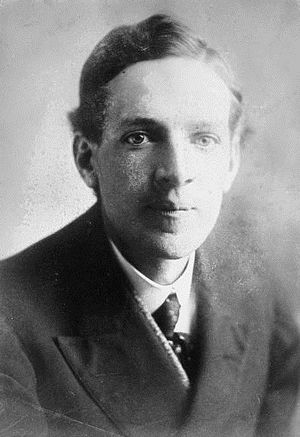 Upton Sinclair spoke at Liberty Hill site on May 15, 1923

Liberty Hill site in San Pedro, Los Angeles, California was the site of the 1923 strike by the Marine Transport Workers Industrial Union 510 a part of the Industrial Workers of the World (IWW). The strike was called to draw attention to the worker's low wages and poor working conditions. It was also to draw attention to some union activists that had been arrested and lockup for violating the California Criminal Syndicalism Act passed on April 30, 1919 by Governor William Stephens, which criminalized syndicalism. The strike tied up 90 ships in Port of Los Angeles San Pedro. The Liberty Hill site was designated a California Historic Landmark (No. 1021) on March 3, 1997.

On May 15, 1923 writer Upton Sinclair spoke to approximately 3,000 striking longshoremen at Liberty Hill. Sinclair used street theater to highlight ongoing suppression of freedom of speech by the LAPD, Sinclair began his address by reading the Bill of Rights. Within moments, he was arrested. The strike did not achieve its goal, but did start a movement that found success in the 1930s, the Congress of Industrial Organizations. The California Criminal Syndicalism Act was found unconstitutional in 1968.

All content from Kiddle encyclopedia articles (including the article images and facts) can be freely used under Attribution-ShareAlike license, unless stated otherwise. Cite this article:
Liberty Hill site Facts for Kids. Kiddle Encyclopedia.