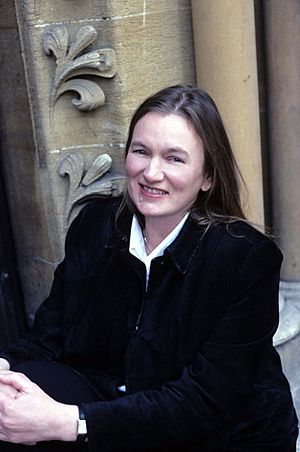 Linda Buckley-Archer is a London-based writer. She was born in Sussex, but spent most of her childhood on a blackcurrant farm in Staffordshire, and now lives in London.

Originally trained as a linguist, she lectured in French for some years before becoming a full-time author and scriptwriter. She has written original drama for both BBC Radio (most recently, Pearls in the Tate) and television (One Night in White Satin) but is best known for The Gideon Trilogy of novels.

The Gideon Trilogy (for children and teenagers) was translated into ten languages and garnered two Carnegie nominations, a Branford Boase Highly Commended Distinction, and was shortlisted for several state awards in the U.S. It was published in the UK and US by Simon & Schuster. The trilogy gained wide publicity through its excellent depiction of 18th Century Britain. It was inspired by the criminal underworld of eighteenth-century London.

Buckley-Archer's most recent novel The Many Lives of John Stone was written for teens and upwards and was published by Simon & Schuster in the US in 2015.

Buckley-Archer is a regular reviewer for The Guardian, and has been a judge for the Branford Boase and Guardian Children’s Fiction Prizes. She has an MA in French literature and a PhD in Creative Writing from Goldsmiths, University of London, where she is also an Associate Lecturer. Buckley-Archer is a Royal Literary Fund fellow.

All content from Kiddle encyclopedia articles (including the article images and facts) can be freely used under Attribution-ShareAlike license, unless stated otherwise. Cite this article:
Linda Buckley-Archer Facts for Kids. Kiddle Encyclopedia.