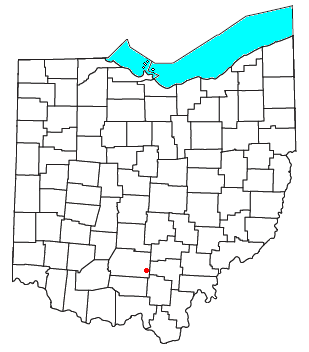 Londonderry is an unincorporated community in eastern Liberty Township, Ross County, Ohio, United States. Although it is unincorporated, it has a post office, with the ZIP code of 45647. It lies along U.S. Route 50 at its intersection with State Route 327.

Londonderry was laid out in 1831. A post office was established under the name Gillespieville in 1833, and the name was changed to Londonderry in 1929. The present name is derived from Londonderry, Northern Ireland, the native home of a first settler.

All content from Kiddle encyclopedia articles (including the article images and facts) can be freely used under Attribution-ShareAlike license, unless stated otherwise. Cite this article:
Londonderry, Ross County, Ohio Facts for Kids. Kiddle Encyclopedia.