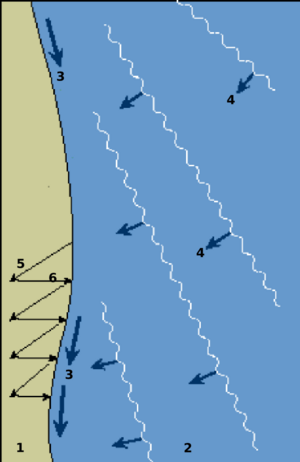 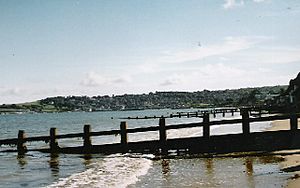 Longshore drift is the process of the ocean currents forcing sand and other material down a beach.

There are many inexpensive and effective ways of controlling longshore drift. The most common method is groynes (wooden walls that the sand builds up against). Some people dislike groynes because they interfere with walking along the beach, and the look of the beach.

All content from Kiddle encyclopedia articles (including the article images and facts) can be freely used under Attribution-ShareAlike license, unless stated otherwise. Cite this article:
Longshore drift Facts for Kids. Kiddle Encyclopedia.