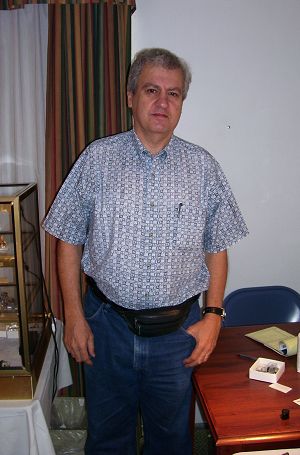 Luiz Alberto Dias Menezes (5 October 1950 – 9 July 2014) was a Brazilian geologist, mineralogist and mineral dealer. He collected the material that was used for the discovery of new mineral was named in his honor as menezesite. He was born in São Paulo.

All content from Kiddle encyclopedia articles (including the article images and facts) can be freely used under Attribution-ShareAlike license, unless stated otherwise. Cite this article:
Luiz Alberto Dias Menezes Facts for Kids. Kiddle Encyclopedia.