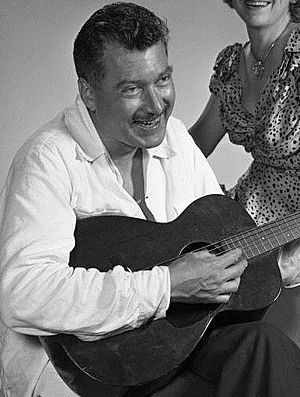 Benjamin McKinlay Kantor (February 4, 1904 – October 11, 1977) was an American journalist and novelist. He received the Pulitzer Prize for Fiction in 1956. He wrote over 30 novels. Several of them were set in the American Civil War.

Kantor was born in Webster City, Iowa. He died from a heart attack at seventy-three in Sarasota, Florida.

All content from Kiddle encyclopedia articles (including the article images and facts) can be freely used under Attribution-ShareAlike license, unless stated otherwise. Cite this article:
MacKinlay Kantor Facts for Kids. Kiddle Encyclopedia.