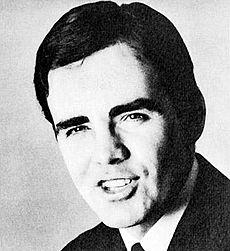 For All the Pretty Horses (1992), he won both the U.S. National Book Award and National Book Critics Circle Award. His 2005 novel No Country for Old Men was made as a 2007 movie of the same name, which won four Academy Awards, including Best Picture.

In 2007, McCarthy won the Pulitzer Prize for Fiction.

All content from Kiddle encyclopedia articles (including the article images and facts) can be freely used under Attribution-ShareAlike license, unless stated otherwise. Cite this article:
Cormac McCarthy Facts for Kids. Kiddle Encyclopedia.