Man and Superman facts for kids 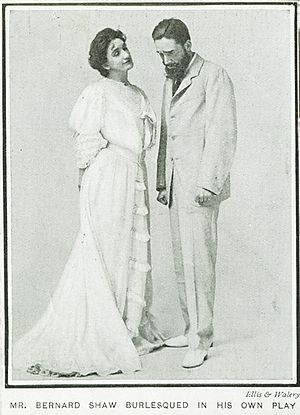 Man and Superman was a drama play written by George Bernard Shaw in 1903. Man and Superman opened at The Royal Court Theatre in London on 23 May 1905. A movie version of the play was released in 1982. It stars Peter O'Toole.

All content from Kiddle encyclopedia articles (including the article images and facts) can be freely used under Attribution-ShareAlike license, unless stated otherwise. Cite this article:
Man and Superman Facts for Kids. Kiddle Encyclopedia.