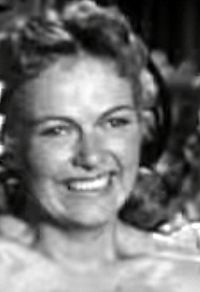 Marshall's first movie appearances were in the 20th Century Fox movies Gentleman's Agreement and Daisy Kenyon in 1947 (although they were both uncredited). She went on to play roles (many minor) in over 25 more movies until 1967.

Marshall had a small but significant role in his I Was a Male War Bride (1949). She was featured in three Martin and Lewis comedy movies, The Stooge, Sailor Beware and That's My Boy, with stars Dean Martin and Jerry Lewis.

All content from Kiddle encyclopedia articles (including the article images and facts) can be freely used under Attribution-ShareAlike license, unless stated otherwise. Cite this article:
Marion Marshall Facts for Kids. Kiddle Encyclopedia.