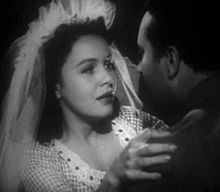 Mary Anderson (April 3, 1918 – April 6, 2014) was an American actress. She appeared in 31 movies and 22 television productions between 1939 and 1965. She was known for her role as Maybelle Merriweather in the 1939 movie classic Gone with the Wind. Anderson was born in Birmingham, Alabama.

All content from Kiddle encyclopedia articles (including the article images and facts) can be freely used under Attribution-ShareAlike license, unless stated otherwise. Cite this article:
Mary Anderson Facts for Kids. Kiddle Encyclopedia.