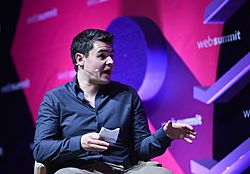 Miguel Delaney is a Spanish-Irish football journalist and author. He is the chief football writer at The Independent.

Whilst working in his native Ireland with the Sunday Tribune, Delaney was nominated for Young Journalist of the year at the National Media Awards, and was later nominated for the NNI Sports Journalist of the year award. After starting at The Tribune Delaney went on to write for ESPN, Ireland's Sunday Independent, the pages of The Blizzard, Eurosport, The Daily Mirror, and The Belfast Telegraph.

He is the author of Stuttgart to Saipan: The Players' Stories which covered Ireland's qualification for international tournaments in 1988, 1990, 1994 and 2002; the book made the long list for the William Hill Irish Sports Book of the Year and included interviews with the likes of Liam Brady, Pat Bonner and Mark Lawrenson.

Delaney has appeared as a pundit on the BBC Radio 5 live 'Monday Night Club', The Anfield Wrap and Second Captains. Delaney can be heard most weeks during the football season contributing to The Indy Football Podcast. He has also guested on the Irishman Abroad podcast series.

Delaney is half Irish and half Spanish and is bilingual. Delaney studied a journalism degree in Dublin at the DIT before completing a master's degree reading politics. Delaney described Hugh McIlvanney as his favourite sports writer.

All content from Kiddle encyclopedia articles (including the article images and facts) can be freely used under Attribution-ShareAlike license, unless stated otherwise. Cite this article:
Miguel Delaney Facts for Kids. Kiddle Encyclopedia.