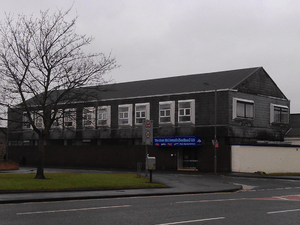 Millar McCowan was a Scottish confectionery manufacturer. Owned by Andrew Walsh, who also runs Thornycroft.(A confectionery distribution company.) For the brands of McCowan’s and John Millar & Sons. Among its brands are Wham Bars, and Highland Toffee. It also produces traditional Scottish sweeties such as Pan Drops and Bonbons. Millar McCowan was Scotland’s largest independent confectionery manufacturer. It had production facilities at both Broxburn and Stenhousemuir (near Falkirk). In October 2011, the company went into administration the McCowans brand (separate from the McCowans company) transferred to firstly to Tangerine Confectionery at the same time, the Millar brand was transferred to Nisha Enterprises. Both Tangerine and Nisha chose to operate from their existing facilities leading to the closure of Millar McCowan's Stenhousemuir and Broxburn plants.

All content from Kiddle encyclopedia articles (including the article images and facts) can be freely used under Attribution-ShareAlike license, unless stated otherwise. Cite this article:
Millar McCowan Facts for Kids. Kiddle Encyclopedia.