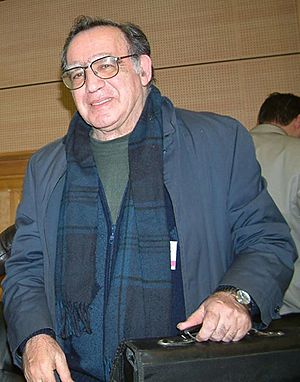 Mohamed Guessous (1938 – 7 February 2014) was a Moroccan academic, activist, educator and sociologist. He was also a politician in the Socialist Union of Popular Forces. He studied in Canada and at Princeton University in New Jersey, United States. He was born in Fes.

Guessous died after a long illness on 7 February 2014 in Rabat, aged 76. He was called "Father of Sociology in Morocco".

All content from Kiddle encyclopedia articles (including the article images and facts) can be freely used under Attribution-ShareAlike license, unless stated otherwise. Cite this article:
Mohamed Guessous Facts for Kids. Kiddle Encyclopedia.