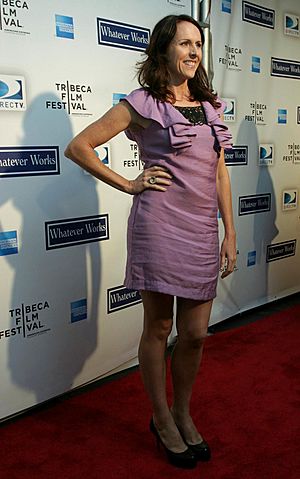 Molly Helen Shannon (born September 16, 1964) is an American television actress and comedian. She is best known for being on Saturday Night Live (1995-2001). She appeared in many movies in leading and supporting roles. She was born near Cleveland, Ohio.

All content from Kiddle encyclopedia articles (including the article images and facts) can be freely used under Attribution-ShareAlike license, unless stated otherwise. Cite this article:
Molly Shannon Facts for Kids. Kiddle Encyclopedia.