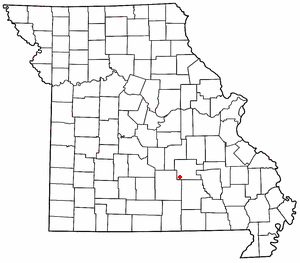 Montauk is an unincorporated community in southwestern Dent County, Missouri, United States. It is on Route 119 on the Current River and is in the Ozark National Scenic Riverways. Montauk State Park famed for its Rainbow & Brown Trout is here.

A post office called Montauk was in operation between 1851 and 1974. The community was named after the Montaukett Indians.

All content from Kiddle encyclopedia articles (including the article images and facts) can be freely used under Attribution-ShareAlike license, unless stated otherwise. Cite this article:
Montauk, Missouri Facts for Kids. Kiddle Encyclopedia.