Montauk State Park is a public recreation area occupying nearly 3,000 acres (1,200 ha) at the headwaters of the Current River, fifteen miles (24 km) southwest of Salem, Missouri. The state park contains a fish hatchery and is noted for its rainbow and brown trout angling. It was acquired in 1926. The park has several natural springs including Montauk Spring with a daily average flow of 53 million gallons of water. 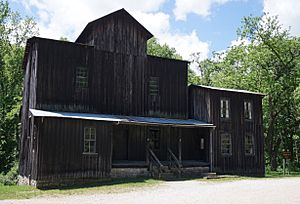 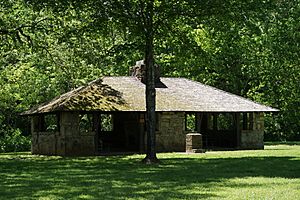 The park includes three resources that were listed on the National Register of Historic Places in 1985: 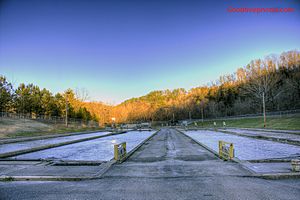 Missouri trout park season is Mar 1 to Oct 31. The park's fishing area is divided into three zones, each with its own set of regulations. The park has a hatchery, store, cabins, motel rooms, camping area, and trails for hikers and bicyclists.

All content from Kiddle encyclopedia articles (including the article images and facts) can be freely used under Attribution-ShareAlike license, unless stated otherwise. Cite this article:
Montauk State Park Facts for Kids. Kiddle Encyclopedia.