My Name Is Rachel Corrie facts for kids 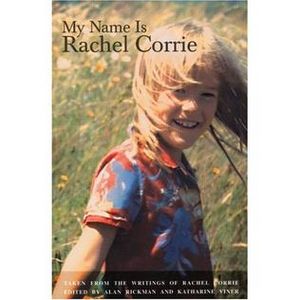 Cover of book version of play. 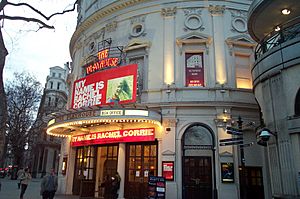 My Name Is Rachel Corrie at Playhouse Theatre, London, 2006.

My Name is Rachel Corrie is a play based on the diaries and emails of Rachel Corrie. They were edited by Alan Rickman, who directed the play, and journalist Katharine Viner also helped editing. Rachel Corrie was an American peace activist and student, who travelled to the Gaza Strip. She was killed by an Israeli bulldozer while she was protesting against the destruction of Palestinian homes. The play was first shown in London, at the Royal Court Theatre, in April 2005.

All content from Kiddle encyclopedia articles (including the article images and facts) can be freely used under Attribution-ShareAlike license, unless stated otherwise. Cite this article:
My Name Is Rachel Corrie Facts for Kids. Kiddle Encyclopedia.