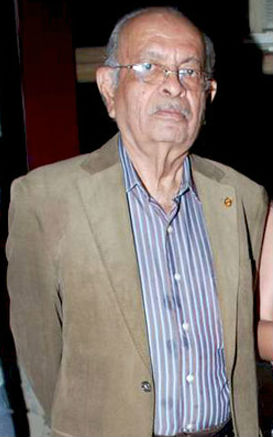 Nana Mansinh Chudasama (17 June 1933 – 23 December 2018) was an Indian jurist and politician. He was the Mayor and Sheriff of Mumbai from 1989 to 1990. He was the founder of the NGO Giants International which has over 500 branches in India and branches across the world including the United States, United Kingdom, South Africa, Mauritius and Ukraine.

All content from Kiddle encyclopedia articles (including the article images and facts) can be freely used under Attribution-ShareAlike license, unless stated otherwise. Cite this article:
Nana Chudasama Facts for Kids. Kiddle Encyclopedia.