Travel London was a bus company operating services in Greater London. It was a subsidiary of National Express before being sold in May 2009 to NedRailways. In October 2009, it was rebranded as Abellio London.

In June 1998, National Express commenced operating routes C1 and 211 under the Travel London brand, using the same symbol and typeface as sister brand Travel West Midlands. In August 2000 National Express sold the business to Limebourne Buses, who in July 2001 sold out to Connex. In February 2004, National Express repurchased the business. Further expansion in 2005 saw the purchases of the London bus operations of Tellings-Golden Miller with a depot in Byfleet and various Surrey County Council contracts.

In May 2009, National Express sold Travel London to NedRailways. The sale included 66 routes, 36 Transport for London tendered services and 30 Surrey County Council and Kingston University routes. All vehicles, depots and staff were included.

On 30 October 2009 the businesses were rebranded as Abellio London and Abellio Surrey. 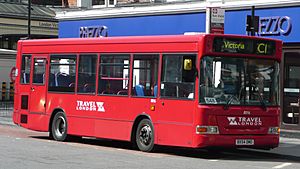 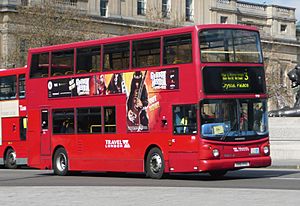 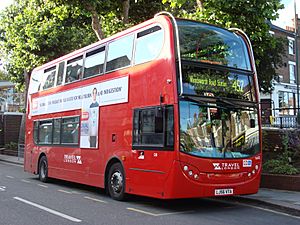 Originally a site acquired by the London County Council for its electric trams, it was known as Camberwell Tram depot until 1950 when its name was changed to Walworth with the arrival of buses. This was to avoid confusion with Camberwell Garage located opposite the Walworth garage. Major rebuilding took place during the 1950s to repair bomb damage from the World War II during which time some buses were worked out of Camberwell.

In the late 1960s the garage assumed operation of the Red Arrow routes with MBAs and later LSs until its closure in 1985. Following the closure of the Victoria and Ash Grove garages, from 1987 Walworth operated the Red Arrow routes for a short time until the Waterloo garage was ready.

During the early 1990s the garage once again re-opened, this time for the Londonlinks operation of routes 78 and 176. The Cowie Group undertook a major restructure a few years later which once again saw closure of Walworth garage in 1997. The garage was owned by the Go-Ahead Group and they leased it out.

The garage lay dormant for the next six years until late 2003 when work started on refurbishing the garage for Travel London, who needed more garage space after some contract wins including routes 381, 452 and N381.

Travel London won the contract for route 407, starting from 31 October 2009. This was used as the launch of the new Abellio name. 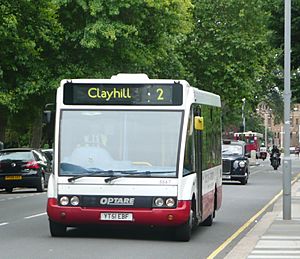 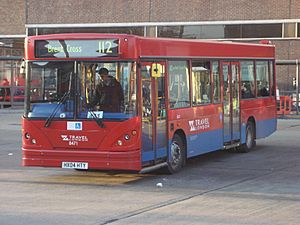 Travel London (Middlesex) Limited operated one garage in Hayes. It operated 19 buses on London Buses routes 112, 350, H28 and U7.

All content from Kiddle encyclopedia articles (including the article images and facts) can be freely used under Attribution-ShareAlike license, unless stated otherwise. Cite this article:
Travel London Facts for Kids. Kiddle Encyclopedia.