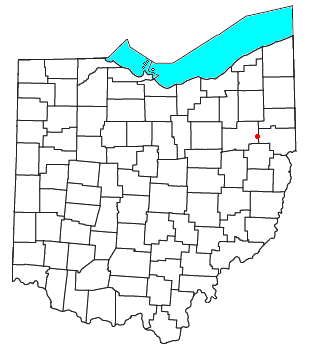 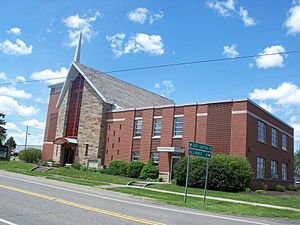 New Franklin is an unincorporated community in northeastern Paris Township, Stark County, Ohio, United States, lying at the intersection of State Routes 172 and 183. The community is part of the Canton–Massillon Metropolitan Statistical Area.

New Franklin was not officially platted. A post office was established at New Franklin in 1832, and remained in operation until 1915.

All content from Kiddle encyclopedia articles (including the article images and facts) can be freely used under Attribution-ShareAlike license, unless stated otherwise. Cite this article:
New Franklin, Stark County, Ohio Facts for Kids. Kiddle Encyclopedia.