Massillon is the second largest incorporated area within the Canton-Massillon, OH Metropolitan Statistical Area. As of the 2010 census, the metropolitan area had a population of 404,422 and includes all of Stark and Carroll counties.

The city's incorporated area primarily resides in the western half of Perry Township, with portions extending north into Jackson Township, west into Tuscarawas Township, and south into Bethlehem Township. The village of Navarre borders the city to the south. 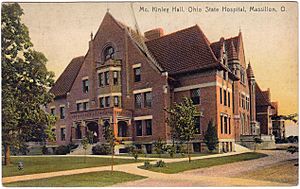 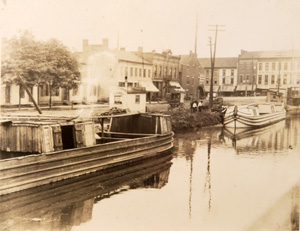 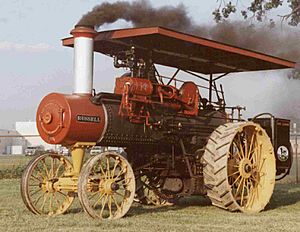 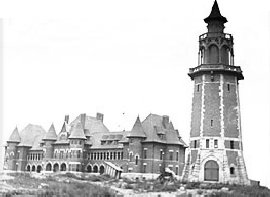 The original settlement of Kendal was founded in 1812 by Thomas Rotch, a Quaker originally of New Bedford, Massachusetts, and Hartford, Connecticut. James Duncan of New Hampshire first settled in Kendal before recording the plot for Massillon on December 6, 1826. Duncan, known as the city's founder, named the town after Jean Baptiste Massillon, a French Catholic bishop, at the request of his wife. The town plat was established along the east bank of the Tuscarawas River, which was the surveyed route for the Ohio and Erie Canal being constructed to connect Lake Erie with the Ohio River. The canal section spanning from Cleveland to Massillon was completed in 1828. Massillon quickly became a major port town along the canal route, known as the Port of Massillon, following the canal's completion in the 1832. The first telegraph lines would reach Massillon in 1847, and the Ohio & Pennsylvania Railroad would extend its rails to Massillon in 1852. Massillon incorporated as a village in 1853. In 1868, Massillon incorporated as a city when the populated reached 5,000. 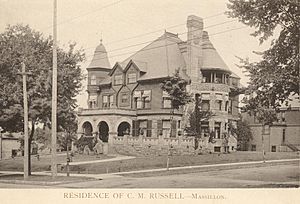 The C. M. Russell & Company, formed in 1842 by Charles. M. Russell and his brothers, Nahum Russell and Clement Russell, manufactured threshing machines and other agricultural implements in Massillon. The company began producing train cars in 1852 and incorporated in 1864 as Russell & Company Inc. In 1884, Russell & Company begain producing its famed steam traction engines and quickly became one of the largest producers of industrial and agricultural equipment. A merger with the Griscom-Spencer company in 1912 created the Griscom-Russell Company. Griscom-Russell produced heat exchangers for the United States Navy during World War II. The company closed in 1962.

The Massillon State Hospital for the Insane opened in 1898 on 240 acres of land given to the state of Ohio for the purpose of constructing the hospital. The hospital was established by Ohio governor William McKinley. By 1950 there were 3,100 patients in the hospital. Today it is known as Heartland Behavioral Healthcare.

The Forest City Motor Company was founded in Cleveland in 1906 but relocated to Massillon that same year. Forest City produced approximately 1,000 of their Jewel automobiles in Massillon between 1906 and 1909. The name of the company was changed to the Jewel Motor Car Company but the company eventually ceased production in 1909.

Although steelmaking and fabrication is found throughout its history, some say Massillon's steel age didn't start until 1909, when the first sheet of steel was rolled at the Massillon Rolling Mill Company. Massillon Rolling merged into the Central Steel Company in 1914, and lit its first open hearth furnace in 1915. Central Steel eventually became known as the Central Alloy Steel Company. In April 1930, Central Alloy merged with Republic Steel, becoming the third largest steel company in the world, with its Massillon operations employing nearly one-half of the city's workforce by 1959. This included other Massillon divisions like Massillon Union Drawn Steel and its stainless steel division Enduro Stainless. In 1984 Republic Steel was purchased by LTV Steel. Enduro closed in 1985, and it and other stainless plants went through several ownership changes over the following 15 years. The main Republic facilities on the southwest side of Massillon closed by 2002.

Stanley Macomber designed the open-web steel joist in 1921 while working for Massillon's Central Steel Company. Macomber left Central Steel and founded the Massillon Steel Joist Co. in 1923. His open-web steel joist, patented in 1924, was known as the Massillon Steel Joist. Macomber's invention was a revolutionary assembly of steel joists with a top slab used to support of floors, ceilings and roofs. The basis of Macomber's steel joist design is still used today. Stanley Macomber was inducted into the Inventors Hall of Fame in 2011. 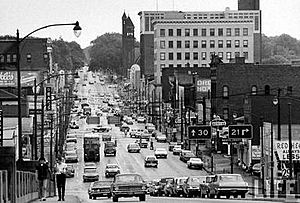 Lincoln Highway, the first U.S. highway to run from coast to coast, was envisioned in 1913 and followed Main Street through the center of Massillon. Main Street was eventually renamed Lincoln Way in recognition of the new highway. In 1928, the federal government renamed Lincoln Highway to U.S. 30. A controlled access freeway was constructed in 1971, bypassing U.S. 30 around to the city's most southern part. The old Lincoln Highway that runs through Massillon and Canton was reassigned as State Route 172.

Massillon was a site where one of the most tragic instances of anti-union violence in the history of the United States occurred. The Steel Workers Organizing Committee began an attempt to organize workers at Republic Steel in the spring of 1937, following the unionizing of workers at the country's two largest steel companies US Steel and Jones & Laughlin Steel. In retaliation, Republic Steel expelled over 1000 union supporters at plants in Canton and Massillon. On May 26, the union eventually called for all workers at Republic Steel, Youngstown Sheet and Tube, and Inland Steel (together known as Little Steel) to strike in response to the treatment of workers in Massillon and Canton.

On the night of July 11, 1937, a car failed to dim its headlights as it approached a police barracade near a picket line at one of the Massillon plants. City police assumed the worst and without warning opened fire with rifles and shotguns. Police then used this infraction to raid a peaceful crowd that was gathered in front of the union headquarters. Police pumped tear gas canisters and opened fire into the fleeing crowd. Joined by National Guardsmen, the police destroyed the union hall and arrested every suspected unionist they could find. Three men were killed and hundreds were injured during this incident.

Ohio Historical Marker #18-76 was erected in 2004 in front of the Massillon City Hall in memory of the Little Steel Strike of 1937.

Jacob S. Coxey, Sr., sometimes known as General Coxey of Massillon, was an American politician who ran for elective office several times in Ohio. He twice led Coxey's Army, in 1894 and 1914, consisting of a group of unemployed men that he led on marches from Massillon to Washington, D.C., to present a "Petition in Boots" demanding that the Congress allocate funds to create jobs for the unemployed. Although his march failed, Coxey's Army was an early attempt to arouse political interest in an issue that grew in importance until the Social Security Act of 1935 encouraged the establishment of state unemployment insurance programs.

Jacob Coxey was elected mayor of Massillon in 1931 and served one year.

There were 13,140 households, of which 29.6% had children under the age of 18 living with them, 42.9% were married couples living together, 14.9% had a female householder with no husband present, 5.1% had a male householder with no wife present, and 37.1% were non-families. 31.1% of all households were made up of individuals and 13% had someone living alone who was 65 years of age or older. The average household size was 2.37 and the average family size was 2.95. 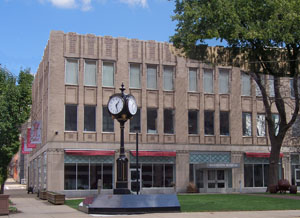 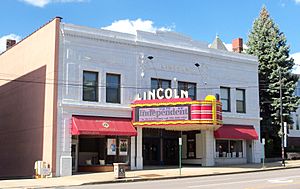 The Massillon Museum was established in 1933 in order to preserve the city's rich history. The museum was accredited in 1972 by the American Alliance of Museums and is currently located downtown in the historic Gensemer Brothers Dry Goods building. The museum's collection encompasses approximately 100,000 objects in 94 categories, 60,000 photographs, and 18,000 archival and reference documents. The Immel Circus is one of the museum's most interesting collections. The 100-square foot miniature circus contains 2,620 pieces: thirty-six elephants, 186 horses, 102 assorted animals, ninety-one wagons, seven tents, and 2,207 people. Most of the pieces were hand-carved by Dr. Robert Immel of Massillon using tools from his dental practice.

The 1915 landmark movie theatre, designed by Guy Tilden, was saved from demolition by the local Lions International club in 1982. The theatre is thought to be one of the oldest purpose-built movie houses in the country still in operation. One of the theatre's two arc-lamp 35mm projectors was replaced by a digital projector in 2013. Today the theatre hosts community events, and screens classic and second-run movies on weekends. The stage also hosts live theatre. In 1989, the play Dear Mother and All, a World War I play based on letters of Massillon native Charles Vernon Brown and his friends and family, debuted at the theatre.

The Ohio Military Museum is operated by the Ohio Society Of Military History and is home to thousands of artifacts and tributes to the men and women of Ohio who served in the armed forces. The museum is moving to the Maps Museum very soon.

Stark Area Regional Transit Authority (SARTA) has a transit center downtown and provides public transit bus service within the city, including service to Canton, the Akron-Canton Regional Airport, and the Amtrak station located in Alliance.

Amtrak offers daily service to Chicago and Washington, D.C. from a regional passenger station in Alliance, Ohio. Passenger rail service within the city was ended in 1971.

All content from Kiddle encyclopedia articles (including the article images and facts) can be freely used under Attribution-ShareAlike license, unless stated otherwise. Cite this article:
Massillon, Ohio Facts for Kids. Kiddle Encyclopedia.