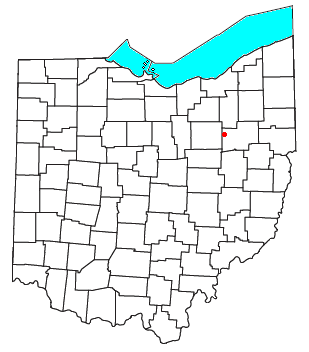 North Lawrence is a census-designated place in southwestern Lawrence Township, Stark County, Ohio, United States. Although it is unincorporated, it has a post office, with the ZIP code of 44666. The community is part of the Canton–Massillon Metropolitan Statistical Area. North Lawrence is also the site of the water resort Clay's Park. Its main road is Ohio State Route 93, and it is one mile south of Canal Fulton.

North Lawrence was originally called Lawrence, and under the latter name was laid out in 1852. The community derives its name from the township in which it is located. A post office called North Lawrence was established in 1854.

All content from Kiddle encyclopedia articles (including the article images and facts) can be freely used under Attribution-ShareAlike license, unless stated otherwise. Cite this article:
North Lawrence, Ohio Facts for Kids. Kiddle Encyclopedia.