One way to learn new skills is by observing the behavior of other people or animals. This is called Observational learning. It is a form of social learning which can take different forms. In humans, this form of learning seems to not need reinforcement; instead a social model such as a parent, sibling, friend, or teacher with surroundings is needed. For a child, a model is someone of authority or higher status in an environment. In animals, observational learning is often based on classical conditioning. In classical conditioning instinctive behavior is provoked by observing the behavior of another (e.g. mobbing in birds), but other processes may be involved as well.

Many behaviors that a learner observes, remembers, and imitates are actions that the model does not try to intentionally instill: A child may learn to swear, smack, smoke, and deem other inappropriate behavior acceptable through poor modeling. Albert Bandura claims that children continually learn desirable and undesirable behavior through observational learning. Observational learning suggests that an individual's environment, cognition, and behavior all incorporate and ultimately determine how the individual functions and models.

Through observational learning, individual behaviors can spread across a culture through a process called diffusion chain. This occurs when an individual first learns a behavior by observing another individual and that individual serves as a model for other individuals to learn the behavior. 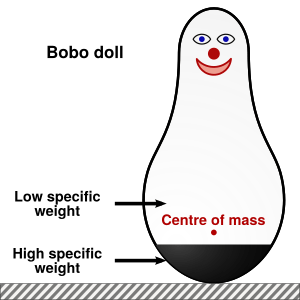 Albert Bandura, who is known for the classic Bobo doll experiment, identified this basic form of learning in 1961. The importance of observational learning lies in helping individuals, especially children, acquire new responses by observing others' behavior.

Albert Bandura states that people's behavior could be determined by their environment. Observational learning occurs through observing negative and positive behaviors. Bandura believes in reciprocal determinism in which the environment can influence people's behavior and vice versa. For instance, the Bobo doll experiment shows that the model, in a determined environment, affects children's behavior. In this experiment Bandura demonstrates that one group of children placed in an aggressive environment would act the same way, while the control group and the other group of children placed in a passive role model environment hardly shows any type of aggression.

In communities where children's primary mode of learning is through observation, the children are rarely separated from adult activities. This allows children to use observational learning skills in multiple spheres of life. This learning through observation requires them to be attentive. Culturally, they learn that their participation and contributions are valued in their communities. This teaches children that it is their duty, as members of the community, to observe others' contributions so they gradually become involved and participate more in the community.

When an animal is given a task to complete, it is almost always more successful after observing another animal doing the same task before them. Experiments with several different species have shown the same effect: animals can learn behaviors from peers. However, there is a need to make a difference between the propagation of behavior and the stability of behavior. An animal might show the behaviour just once. In this case, the behaviour is not stable. Research has shown that social learning can spread a behavior, but there are more factors regarding how a behaviour is spread from one generaton of animals to the next, in an animal culture.

Experiments with ninespine sticklebacks showed that individuals will use social learning to locate food. 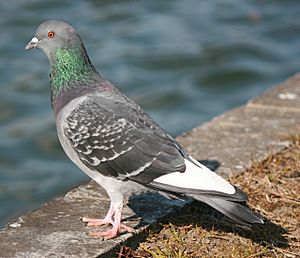 A study in 1996 at the University of Kentucky used a foraging device to test social learning in pigeons. A pigeon could access the food reward by either pecking at a treadle or stepping on it. Significant correspondence was found between the methods of how the observers accessed their food and the methods the initial model used in accessing the food.

The University of Washington studied this phenomenon with crows: There is a tradeoff between acquiring costly information firsthand and learning that information socially. Using social learning is easier for the individual, but there is a risk of inaccuracy. The experimenters exposed wild crows to a unique “dangerous face” mask as they trapped, banded, and released 7-15 birds at five different study places around Seattle, WA. An immediate scolding response to the mask after trapping by previously captured crows illustrates that the individual crow learned the danger of that mask. There was a scolding from crows that were captured that had not been captured initially. That response indicates conditioning from the mob of birds that assembled during the capture.

Observational learning allows for new skills to be learned in a wide variety of areas. Demonstrations help the modification of skills and behaviors.

When learning skills for physical activities can be anything that is learned that requires physical movement, such as learning a sport, learning to eat with a fork, or learning to walk. There are multiple important factors that help with modifying physical skills and psychological responses from an observational learning standpoint. Modeling is a factor in observational learning where the skill level of the model is considered. When someone is supposed to demonstrate a physical skill such as throwing a baseball the model should be able to execute the behavior of throwing the ball flawlessly if the model of learning is a mastery model. Another model that can be used is a coping model: This model would show a physical skill that they have not yet mastered or achieved high performance in. Both models are found to be effective and can be used. These models can be used as interventions to increase observational learning in practice, competition, and rehabilitation situations.

Recent research in neuroscience has shown that mirror neurons are the basis for observational learning. These specialized visuomotor neurons fire action potentials when an individual performs a motor task and also fire when an individual passively observes another individual performing the same motor task. In observational motor learning, the process begins with a visual presentation of another individual performing a motor task, this acts as a model. The learner then needs to transform the observed visual information into internal motor commands that will allow them to perform the same motor task; this is known as visuomotor transformation. Mirror neuron networks provide a mechanism for visuo-motor and motor-visual transformation and interaction. Similar networks of mirror neurons have also been implicated in social learning, motor cognition and social cognition.

All content from Kiddle encyclopedia articles (including the article images and facts) can be freely used under Attribution-ShareAlike license, unless stated otherwise. Cite this article:
Observational learning Facts for Kids. Kiddle Encyclopedia.