Clerk: According to the Rules of the Senate, the Clerk is elected by the members of the Senate and is tasked with maintaining records of all Senate bills and resolutions. The Clerk is also responsible for handling all documents received from other government departments.

Members of the 133rd Senate 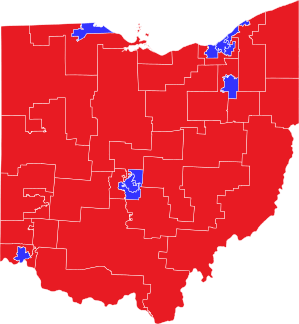 All content from Kiddle encyclopedia articles (including the article images and facts) can be freely used under Attribution-ShareAlike license, unless stated otherwise. Cite this article:
Ohio Senate Facts for Kids. Kiddle Encyclopedia.