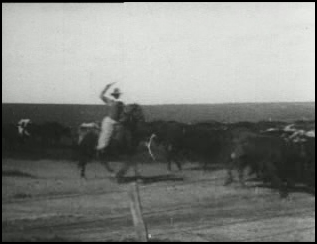 Bliss (now Old Bliss) is an unincorporated community near Marland in Noble County, Oklahoma. Bliss was one of the 101 Ranch towns. The post office opened November 4, 1894, but was moved to Marland April 8, 1922.

All content from Kiddle encyclopedia articles (including the article images and facts) can be freely used under Attribution-ShareAlike license, unless stated otherwise. Cite this article:
Old Bliss, Oklahoma Facts for Kids. Kiddle Encyclopedia.