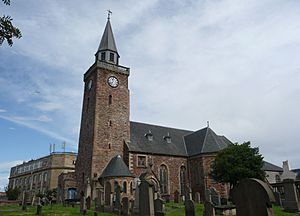 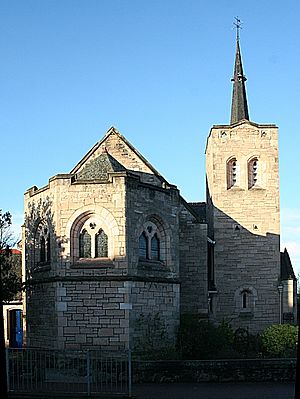 The Old High congregation was the oldest congregation in Inverness. The church—the historic town church of Inverness—mainly dates from the eighteenth century. Its site, overlooking the banks of the River Ness, has been used for worship since Celtic times. Thus the congregation can claim to have been founded by St Columba, the Irish monk who first brought Christianity to Inverness. Among many notable features is a Father Willis organ, restored in 2010. The Old High Church is a category A listed building.

St Stephen's was founded as a 'daughter church' of the Old High in 1897. It is a gothic building in Morayshire freestone, designed by WL Carruthers. St Stephen's is a category B listed building.

The parish area includes the city centre, part of the Crown area, and the southern suburbs of the city, including Drummond and Lochardil.

The first minister of the united charge was the Reverend Peter W Nimmo, who was inducted in August 2004. He had previously been minister of High Carntyne in Glasgow.

All content from Kiddle encyclopedia articles (including the article images and facts) can be freely used under Attribution-ShareAlike license, unless stated otherwise. Cite this article:
Old High St Stephen's Facts for Kids. Kiddle Encyclopedia.