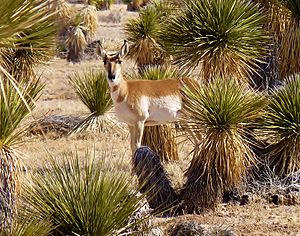 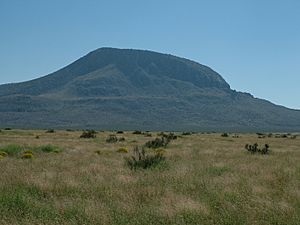 Otero Mesa is a 1.2 million acre (4,900 km²) area in northern Chihuahuan Desert region of southern New Mexico. Between 1954 and 1965 the U.S. Army expanded its McGregor Range facilities at Fort Bliss onto Otero Mesa by purchasing ranches. In 2005, the Bureau of Land Management approved the area for exploratory drilling for oil and gas, but that approval is currently being litigated by the state of New Mexico and environmental groups who want the mesa to be recognized as protected wilderness.

On Tuesday, April 28, 2009, the Court of Appeals for the Tenth Circuit ruled against the US Bureau of Land Management plan for leasing the Otero Mesa for oil and gas extraction. The court found that the BLM had failed to consider an alternative that would leave the Otero Mesa unleased, and also failed to examine potential impacts to the underlying groundwater. The oil company HEYCO had been granted a lease for extracting natural gas form Otero Mesa, pending the outcome of the litigation.

All content from Kiddle encyclopedia articles (including the article images and facts) can be freely used under Attribution-ShareAlike license, unless stated otherwise. Cite this article:
Otero Mesa Facts for Kids. Kiddle Encyclopedia.