An army mainly deals with land based missions and operations. The army started as the Continental Army from 1775 to August 7, 1789 when the War Department (now known as the Department of Defense) was formed. Officially, a person (or member) in the army is called a soldier. The soldier must take orders from a person in charge known as a CO or commander. When a person joins the Army, they must serve for a certain amount of time or a "tour of duty". A new soldier or recruit must go through training called Basic Training to become a soldier. Each soldier is trained in a variety of weapons and equipment to carry out commands.

The United States Army serves as the land-based branch of the U.S. Military. 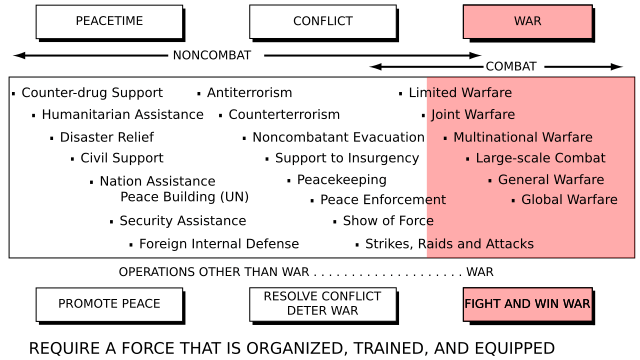 All content from Kiddle encyclopedia articles (including the article images and facts) can be freely used under Attribution-ShareAlike license, unless stated otherwise. Cite this article:
United States Army Facts for Kids. Kiddle Encyclopedia.