The Kingdom of Great Britain, officially called simply Great Britain, was a sovereign state in western Europe from 1 May 1707 to 31 December 1800. The state came into being following the Treaty of Union in 1706, certified by the Acts of Union 1707, which united the kingdoms of England (which included Wales) and Scotland to form a single kingdom encompassing the whole island of Great Britain and its outlying islands, with the exception of the Isle of Man and the Channel Islands.

The kingdoms of England and Scotland, both in existence from the 9th century (with England incorporating Wales in the 16th century), were separate states until 1707. However, they had come into a personal union in 1603, when James VI of Scotland became king of England under the name of James I. This Union of the Crowns under the House of Stuart meant that the whole of the island of Great Britain was now ruled by a single monarch, who by virtue of holding the English crown also ruled over the Kingdom of Ireland.

Each of the three kingdoms maintained its own parliament and laws. Various smaller islands were in the king's domain, including the Isle of Man and the Channel Islands.

The early years of the unified kingdom were marked by Jacobite risings which ended in defeat for the Stuart cause at Culloden in 1746. In 1763, victory in the Seven Years' War led to the dominance of the British Empire, which was to become the foremost global power for over a century and slowly grew to become the largest empire in history.

The first British Empire, was based largely in mainland North America and the West Indies, with a growing presence in India. Emigration from Britain went mostly to the Thirteen Colonies and the West Indies, with some to Newfoundland and Nova Scotia. Few permanent settlers went to British India, although many young men went there in the hope of making money and returning home.

Britain in the 18th century 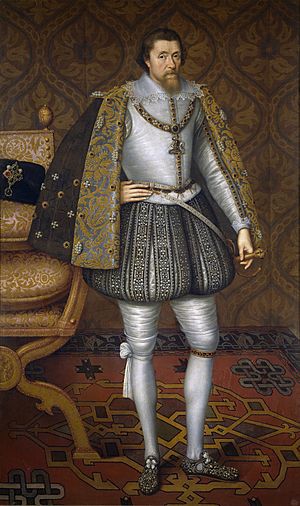 Peace between England and the Netherlands in 1688 meant that the two countries entered the Nine Years' War as allies, but the conflict - waged in Europe and overseas between France, Spain and the Anglo-Dutch alliance - left the English a stronger colonial power than the Dutch, who were forced to devote a larger proportion of their military budget on the costly land war in Europe. The 18th century would see England (after 1707, Britain) rise to be the world's dominant colonial power, and France becoming its main rival on the imperial stage.

The death of Charles II of Spain in 1700 and his last wishes of Spain and its colonial empire to go to Philippe of Anjou, a grandson of the King of France, raised the prospect of the unification of France, Spain and their colonies, an unacceptable state of affairs for Britain and the other powers of Europe. In 1701, Britain, Portugal and the Netherlands sided with the Holy Roman Empire against Spain and France in the War of the Spanish Succession. The conflict, which France and Spain were to lose, lasted until 1714.

At the concluding peace Treaty of Utrecht, Philip renounced his and his descendents' right to the French throne. Spain lost its empire in Europe, and though it kept its empire in the Americas and the Philippines, it was irreversibly weakened as a power. The British Empire was territoriality enlarged: from France, Britain gained Newfoundland and Acadia, and from Spain, Gibraltar and Minorca. Gibraltar, which is still a British overseas territory to this day, became a critical naval base and allowed Britain to control the Atlantic entry and exit point to the Mediterranean. 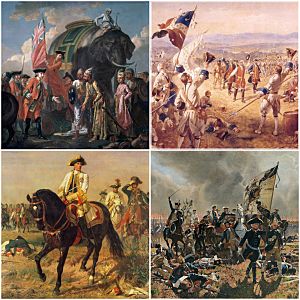 The Seven Years' War, which began in 1756, was the first war waged on a global scale, fought in Europe, India, North America, the Caribbean, the Philippines and coastal Africa. The signing of the Treaty of Paris (1763) had important consequences for Britain and its empire. In North America, France's future as a colonial power there was effectively ended with the surrender of New France to Britain and Louisiana to Spain. 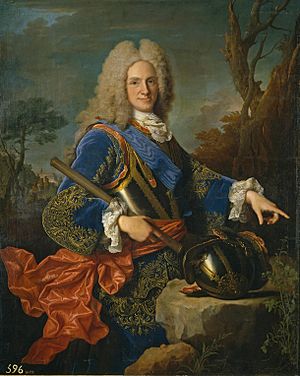 Spain surrendered Florida to Britain. In India, the Carnatic War had left France still in control of its enclaves but with military restrictions and an obligation to support British client states, effectively leaving the future of India to Britain. The British victory over France in the Seven Years War therefore left Britain as the world's dominant colonial power. 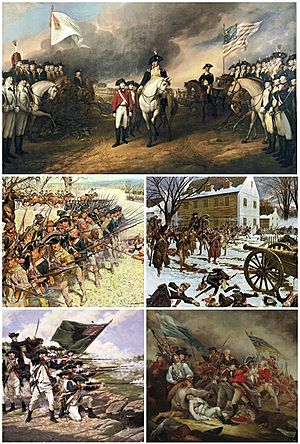 Collection of images of the American Revolutionary War

During the 1760s and 1770s, relations between the Thirteen Colonies and Britain became increasingly strained, primarily because of resentment of the British Parliament's ability to tax American colonists without their consent. Disagreement turned to violence and in 1775 the American Revolutionary War began. The following year, the colonists declared the independence of the United States and with economical and naval assistance from France, would go on to win the war in 1783.

The loss of the United States, at the time Britain's most populous colony, is seen by historians as the event defining the transition between the "first" and "second" empires, in which Britain shifted its attention away from the Americas to Asia, the Pacific and later Africa. During its first century of operation, the focus of the British East India Company had been trade, not the building of an empire in India. Company interests turned from trade to territory during the 18th century.

The Battle of Plassey, which saw the British defeat the French and their Indian allies, left the Company in control of Bengal and a major military and political power in India. In the following decades it gradually increased the size of the territories under its control, either ruling directly or indirectly. 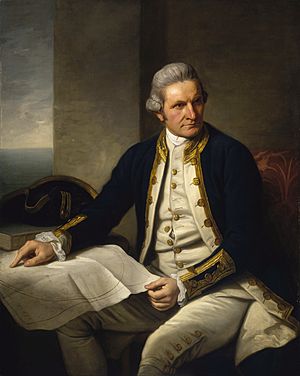 In 1770, James Cook had discovered the eastern coast of Australia whilst on a scientific voyage to the South Pacific. In 1778, Joseph Banks, Cook's botanist on the voyage, presented evidence to the government on the suitability of Botany Bay for the establishment of a penal settlement, and in 1787 the first shipment of convicts set sail, arriving in 1788.

At the threshold to the 19th century, Britain was challenged again by France under Napoleon. It was not only Britain's position on the world stage that was threatened: Napoleon threatened invasion of Britain itself, and with it, a fate similar to the countries of continental Europe that his armies had overrun.

The Napoleonic Wars were therefore ones that Britain invested large amounts of capital and resources to win. French ports were blockaded by the Royal Navy, which won a decisive victory over the French fleet at Trafalgar in 1805.

All content from Kiddle encyclopedia articles (including the article images and facts) can be freely used under Attribution-ShareAlike license, unless stated otherwise. Cite this article:
Kingdom of Great Britain Facts for Kids. Kiddle Encyclopedia.