Over the Hedge facts for kids

Kids Encyclopedia Facts
(Redirected from Over the Hedge (film))

Over the Hedge is a 2006 American computer animated comedy movie. The movie is based on the characters from comic strip of the same name. The movie was directed by Tim Johnson and Karey Kirkpatrick and was produced by Bonnie Arnold. The movie premiered in Los Angeles on April 30, 2006 and was released on May 19, 2006. The movie features the voices of Bruce Willis, Steve Carell, William Shatner and Avril Lavigne were some of the voices.

While scavenging for food, RJ the raccoon enters the cave of Vincent the bear, who has a wagon full of human food taken from a nearby rest stop. RJ accidentally wakes Vincent from hibernation, and in a race to escape, causes the stash to roll out onto the nearby highway and get run over by a large truck. To avoid being eaten himself, RJ promises Vincent that he will completely replace the stash within the week.

RJ finds a nearby, recently-built suburban housing development separated from a forest glade by a large hedge. There he discovers a pack of animals recently awoken from their hibernation, led by Verne the turtle; the others include squirrel Hammy, skunk Stella, porcupines Penny and Lou, along with their triplet sons, Spike, Bucky and Quillo; and opossum Ozzie and his daughter Heather. The animals are scared, as the development had been built during their hibernation and they fear they will be unable to forage for food in the small glade. RJ shows them the amount of food humans consume and waste and suggests they forage from the humans. Verne is hesitant but the other animals acquiesce. They make bold attempts to steal food directly from the humans, with RJ secretly guiding them to help collect the food he needs to replace Vincent's stash.

When the animals raid the trash cans of the homeowners-association chairwoman Gladys Sharp, she calls an animal exterminator named Dwayne LaFontant, who offers to install an illegal, lethal trap called the "Depelter Turbo" in her backyard. Verne sees this and tries to warn the others, but RJ insists they will be okay. Fearing for the safety of the pack, Verne attempts to return what they stole; he and RJ argue, causing a small rampage through the development during a chase with a large, excitable dog named Nugent and destroying the stash RJ had collected for Vincent. After a brief argument, RJ and Verne make up and RJ rallies the others to raid Gladys' home directly on the night before a large party. With Stella disguised as a cat to distract Gladys' own cat, Tiger, the others enter Gladys' home and collect all the food. RJ inadvertently reveals his duplicity to the animals, just as they are discovered by Gladys who calls Dwayne. RJ escapes with the food but leaves the other animals to be captured by Dwayne.

As RJ brings the food to Vincent, he is consumed by remorse, and instead uses the stash to knock Dwayne's truck off the road, enraging Vincent. Dwayne is knocked out while the animals get free, and Spike, Bucky and Quillo use skills they learned from a videogame to drive the truck back to the development. Verne convinces the group to forgive RJ since he came back to save them, and they save him from Vincent. They return the truck to the development, crashing through Gladys' home, and the animals flee into the hedge. Gladys and Dwayne converge on the animals from one side with a string trimmer and a cattle prod respectively, while Vincent tries to swipe at them from the other. To escape, RJ gives Hammy an energy drink, allowing the hyperactive squirrel to move incredibly fast. Hammy causes Vincent, Gladys, and Dwayne to be trapped by the Depelter Turbo while the animals escape. The police and animal control arrive, and Vincent is sent to the Rocky Mountains while Gladys is arrested for using the Depelter Turbo, and Dwayne attempts escape only to encounter Nugent who bites him on the leg.

RJ and Verne apologize to each other, and RJ is brought into the group, as is Tiger, who became infatuated with Stella even after learning she was a skunk. Verne realizes they have not had a chance to forage for food until Hammy reveals that while sped up, he collected enough nuts for the group to last the year. 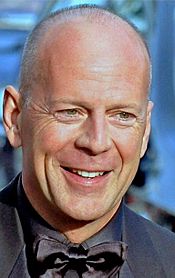 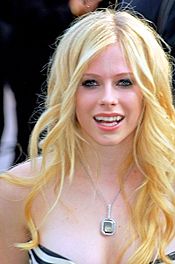 Two minor human characters, appearing during the dog chase scene, were voiced by Lee Bienstock and Sean Yazbeck, two participants on The Apprentice 5 as part of a reward for winning a task.

In July 2002, Jim Carrey announced he would co-star with Shandling in Over the Hedge. In October 2004, however, he left the project and was replaced with Willis.

All content from Kiddle encyclopedia articles (including the article images and facts) can be freely used under Attribution-ShareAlike license, unless stated otherwise. Cite this article:
Over the Hedge Facts for Kids. Kiddle Encyclopedia.